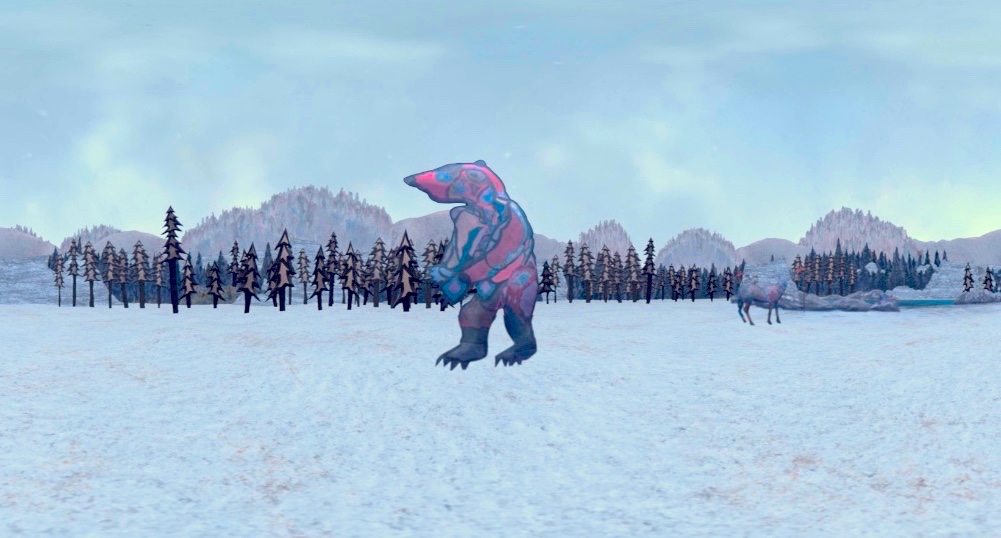 In December 2016, students in Pikangikum First Nation collaborated with ArtsCan Circle, artists Michael Cywink and Bracken Hanuse-Corlett, and Amanda Strong of Spotted Fawn Productions, to create a mural based on traditional teachings of the Ojibwe. The mural was painted on the walls of the newly-opened Eenchokay Birchstick School.

Based on her experience working with the students, Strong, acclaimed filmmaker and animator of Michif heritage, has adapted the mural into an animated, interactive VR experience, featuring her unique puppetry and stop motion style. By gazing at different animal images in the virtual mural, users can trigger animations and hear stories.

The film is directed by Amanda Strong.