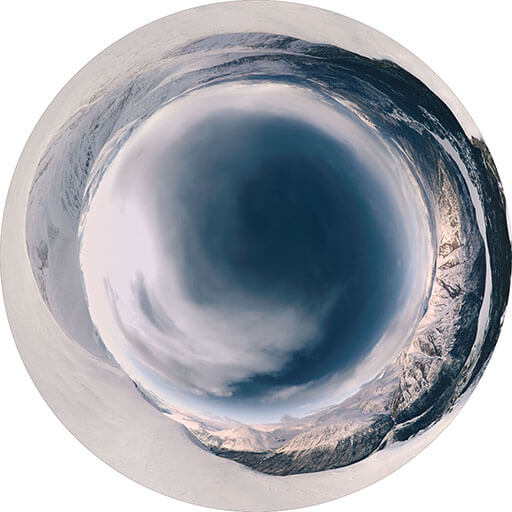 SESQUI Says
“Once we were up in the clouds, the peaks seemed to roll endlessly towards the horizon like folds of whipped cream… Shot with a massive 360 camera rig hanging below the helicopter, I wanted the audience to feel as if they could touch the peaks.” – Director Drew Lightfoot