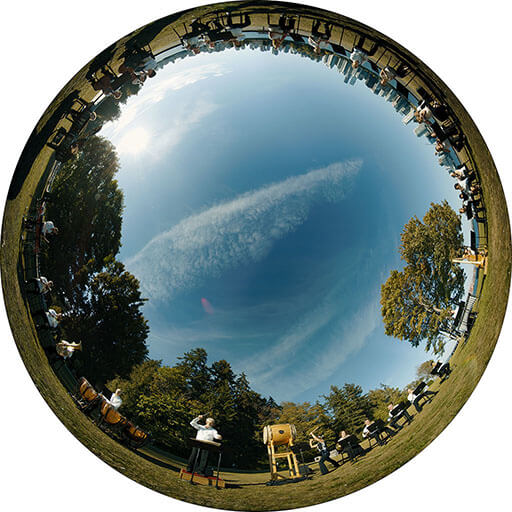 SESQUI Says
“This spot was initially a clearing made for a homestead in 1860. Years later, it became a place for picnics for the Salvation Army where singers used to call back to the city singing ‘hallelujah’. It seemed fitting to stage the Vancouver Film Orchestra in this beautiful clearing with a striking view of the Vancouver skyline. This scene encapsulates the film – putting performers in incredible and unexpected landscapes.” – Director Drew Lightfoot