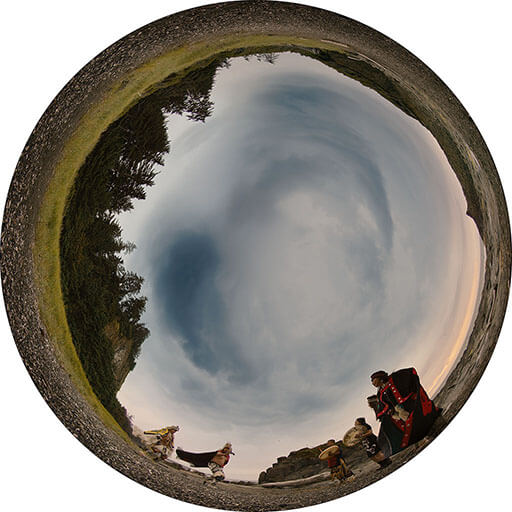 SESQUI Says
“Setting Haida performers at Tow Hill at last light felt supernatural, their drum beats echoing out to the vastness of the Pacific. We had to hide behind great rock formations and could hear the echo of the drum beats resounding over the crashing waves.” – Director Drew Lightfoot