We interviewed director Drew Lightfoot on his choices of music that accompany our well-acclaimed and well-received film HORIZON. Despite its breakthrough visuals, many reviewers and fans point to music choice, performance and compatibility with the cinematography as key elements of  the film’s success. 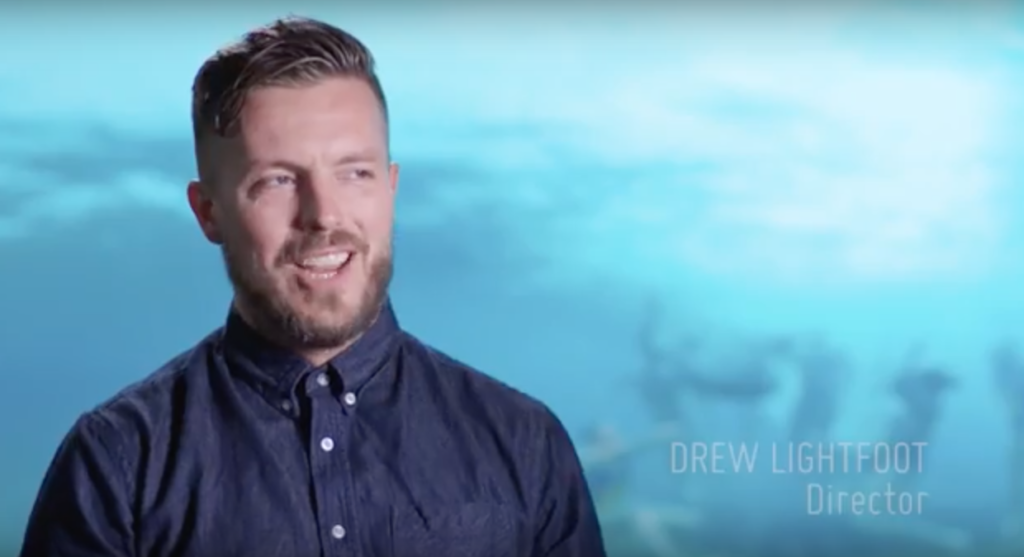 “Music selection was one of the most enjoyable parts of the film making process but also so incredibly difficult to narrow down the selection from thousands of incredible Canadian tracks to a few dozen.

Across the board, for HORIZON 360°,  we tried to find musical tracks that were moving / cinematic and powerful. There is a thread throughout the musical arc of the film that carries us on the journey. The film has three distinct sonic arcs that build in tempo and volume, it’s like climbing a mountain climbing peak after peak. I wanted to surprise the viewer at every turn, avoiding anything that would feel typical or predictable.

First and foremost I wanted the soundtrack to be non-lyrical as much as possible. Lyrics instantly assign a narrative of their own and they only felt appropriate in a few places in the film. For the most part I looked for vibrant, powerful tracks to balance the calm, ambient tones.  I also specifically chose not to select Top 40 radio hits, I wanted the viewer to have a similar experience of discovery that I had uncovering all these gems. If I could have include a hundred more tracks, I would have been more than happy.
We were proud enough about them that we created our own Spotify mix here, courtesy of Supergroup. 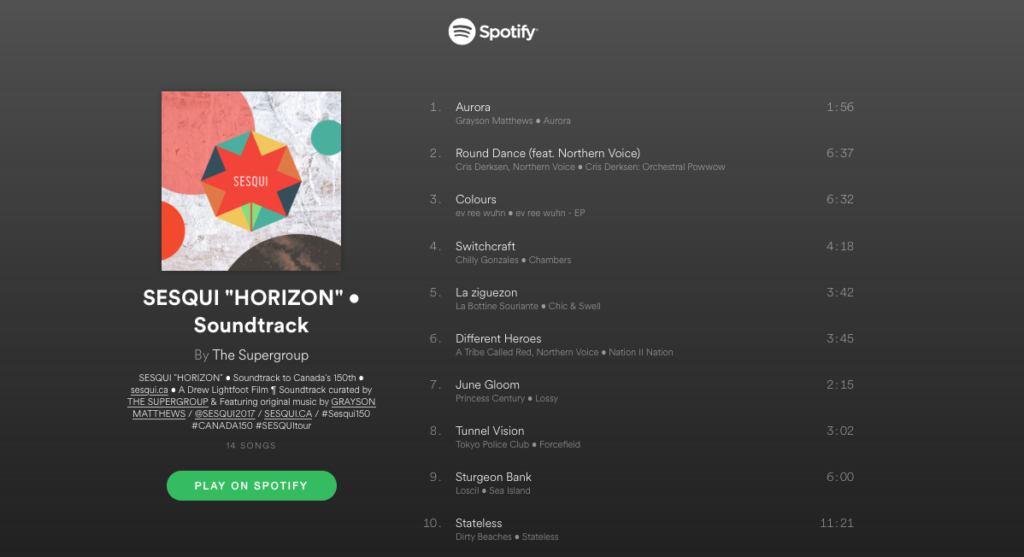 Chris Derkson feat. Northern Voice  – Round Dance – This track feels nostalgic and modern in equal parts – the wood / wind element feels reflective. The vocals are incredibly powerful and still give me goose bumps.

Chilly Gonzales – Switchcraft  – This track is especially energetic but somehow hopeful to me. It carries the viewer forward and felt right with the stampede of the Caribou – although dwindling in number, they continue their yearly migration through the harshness of the North.

La Bottine Souriante – Le Ziguezon zinzon – I knew I had a winner when I played the track for some of the technicians from Réalisations in Montreal and they knew EVERY word. I speak French but have a really hard time understanding the lyrics, but who cares – it’s catchy as can be, for everyone to appreciate.

Grimes – Favriel – is well known – I wanted to use one of her less known and eerily beautiful tracks. Favriel conjured up underwater sentiments and thusly felt appropriate to set to the belugas in Manitoba.

Loscil – Sturgeon Bank – I fell in love with the cinematic qualities of Loscil’s tunes. I feel he somehow channels the loneliness and sombreness of the West Coast.

The Haida performance – gwaagyu and Joe Weh happy song – the islands of the Haida G’waii were such an impossibly beautiful spot and to have a private performance under Tow Hill at sunset was absolutely unforgettable. The songs feels imbued with so much history and potency that I had goosebumps. 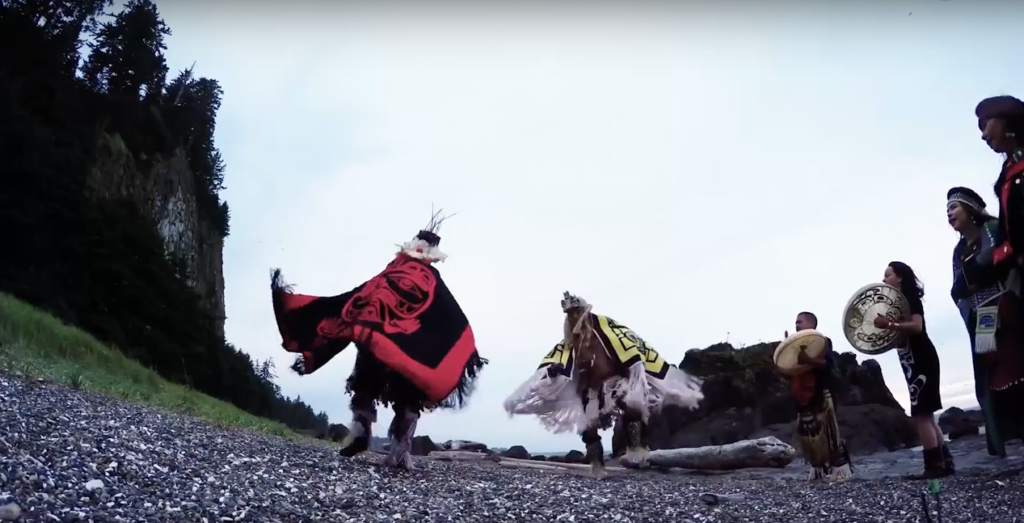 Grayson Matthews and VFO – Aurora – This track was composed by an artist at Grayson Matthews and when I first heard it I was so moved. It’s epic and filmic and almost brings one to tears. I was honored to have the Vancouver Film Orchestra perform a symphonic rendition of it. That was a beautiful experience, first bringing it to life with an orchestra but then filming it outdoors in Stanley Park. 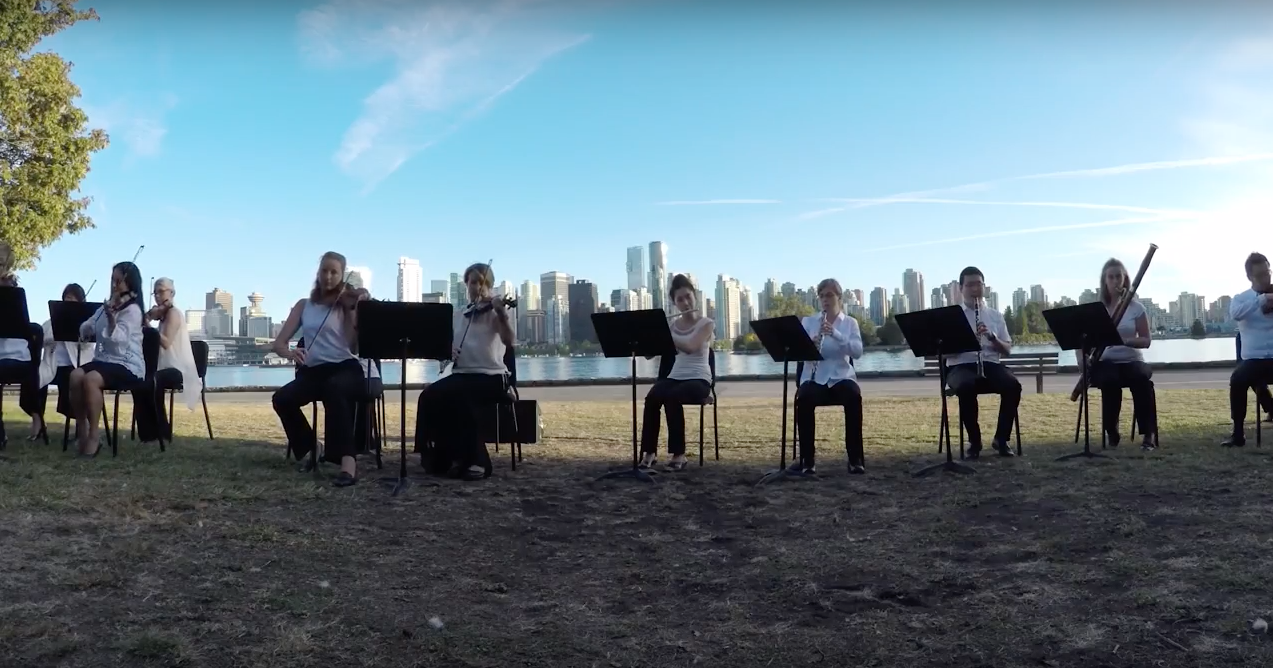 Fogo Island – Shed party dance song –  Cock ‘O the North – this scene in the film was inspired by a previous trip to Fogo Island where I was treated to a night out at Phil’s Shed. There is something so charming and welcoming about the people engaged in this oral tradition. The shed is a gathering place, bar, speakeasy and community hall all wrapped up into one. Much like the characters that frequent it, every little detail in the place has a story.

Tarmiriik Throat Singing – A Lullaby – this tradition is so intriguing and beautiful to watch. It’s as much a game as it is a performance – the two young singers are trying to make each other stumble. When I first witnessed it, it felt so very captivating.  We found an incredible setting on the Ottawa River where they could perform this traditional dance as the sun dipped into the horizon. 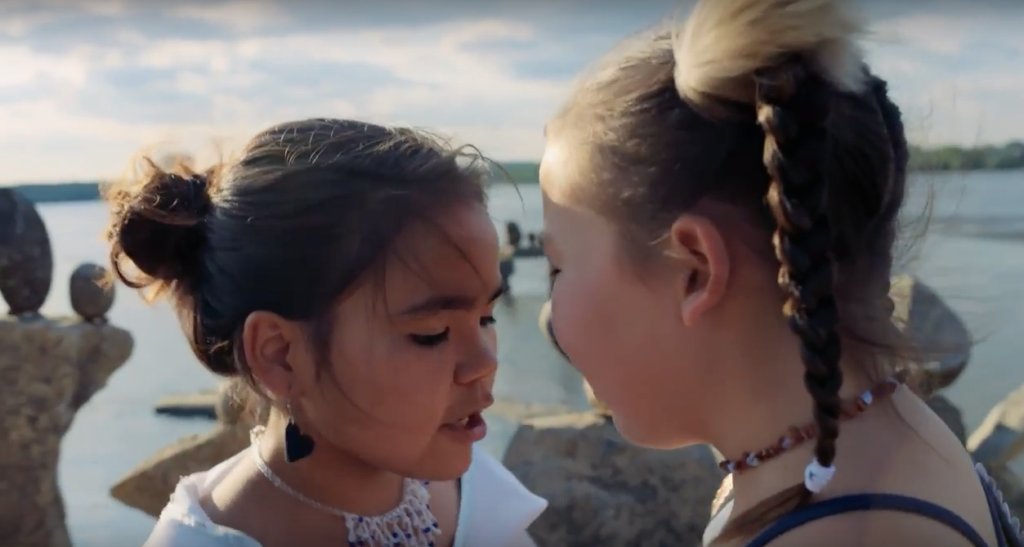 Northern Voice – A Tribe Called Red – Different Heroes – You have to clap along to this – I wanted to juxtapose the gracefulness of figure skating with this driving beat. The South Asian dance troupe in Vancouver did such an incredible performance to this track – it blew me away!

Princess Century – June Gloom – This track is so fluid, it felt fitting for the animated sequences in the film. It’s partly playful but mostly mysterious – if you could step inside a Lawren Harris painting, this is what I imagine would be playing.

Alex Kusturok (fiddling). Big John McNeil – it was fitting that this incredible fiddler was performing only a few hundred feet from the forks of the Red River where this traditional fiddling style originated. If you watch the lightning footwork in perfect harmony with the fiddling – it’s unbelievable. The Museum of Human Rights has this incredible grand hall criss-crossed with suspended alabaster walkways. The acoustics in this space were pitch perfect and the Museum was most gracious in granting us access to a never before utilized part of the building for our film.

Colours. Ev Ree Wuhn – This track almost sounds backwards to me. I imagined setting it to a modern hip-hop dance. The pulsing beat seemed perfect for a syncopated dance.

Tokyo Police Club – Tunnel Vision – this intense track felt perfect for the chaotic skateboarding antics we captured in Hamilton. There is a raw spiritedness to the song that further translated well to the intense athletic performance of our parkour team in Montreal.

K-OS –Hustle & Flow – I’ve always been a huge fan and was lucky to be a long time collaborator with K-OS. This track is teeming with energy, in your face and relentless – it felt perfect for the film. The bass is so driving and moving.

Rivver (feat. Milk & Bone) – Am I Okay – this is one of the few tracks with lyrics and I chose it for the Royal Winnipeg Ballet to perform to. Their dance piece is meant to be a reflection on immigration and the freedom of movement we Canadians are granted. I like the chorus, are you ok, it feels very empathetic and Canadian to be mindful of thy neighbor.

Gordon Lightfoot – Early Morning Rain (and note,  Gord is no relation to our director Drew – just musical coincidence) . This was the last addition to the film. I felt it still needed something nostalgic and the long train conjured up memories of my childhood and showing the vastness of Canada. This track brought quite a few folks to tears in the early screenings.

Bud Davidge – Island of Mine – I had long ago asked a cod fisherman on Fogo if he knew any sea shanties and I don’t recall if this was even one of the songs I heard back then but the ‘Island of Mine’ to me could be referencing equally the Eastern Islands of Canada, or a nod to deeper Irish roots, or perhaps even referring to the ‘island’ of Canada as a whole.

Dirty Beaches – Stateless. I heard a storm through this brooding track, it felt like being inside on a rainy day. There’s also great tension in this track.

Grayson Matthews feat. My Pop Choir & Etobicoke Youth Choir – Aurora (choir version) – The choral version of this track that ends the film is the exclamation point on HORIZON. Rated as one of the most popular scenes in the film, it ratchets the emotion level up of the entire production. Eyes start welling up with emotion. It’s one of the most memorable things of HORIZON watching 60 people from all walks of life, all playing and harmonizing over a single piece of music. It’s alchemy really turns film into a memorable experience. 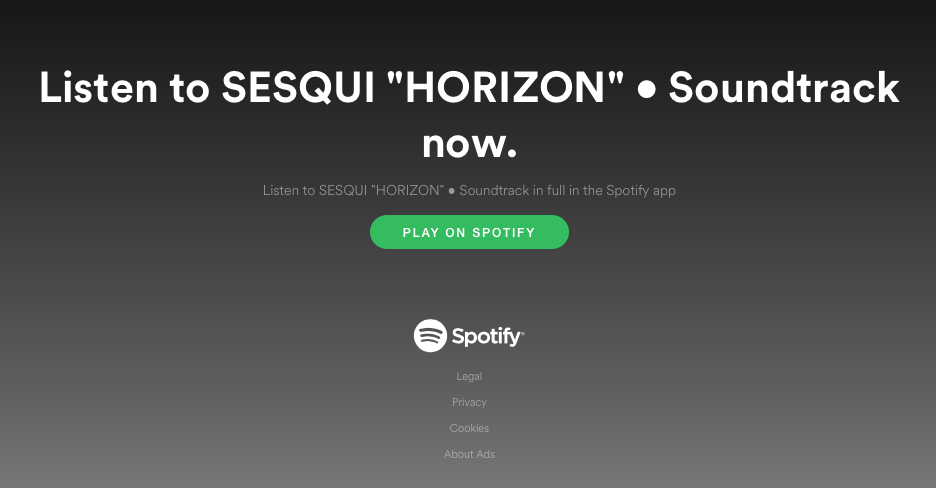