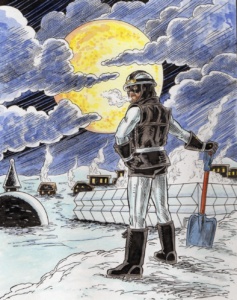 When he was young, Derek Emmons was bullied. One day, he put on a Lone Ranger mask… and found his true self. Meet Polarman, a masked crusader for everyday justice, who spent years walking the streets of Iqaluit, shoveling walks, mediating playground fights and spreading his anti-bullying message. In a piece that combines 360° scenes of Iqaluit with comic-book style animation by top Canadian comic artists, Polarman narrates his origin story, sharing his influences and his goals for a more compassionate world.

Users will begin in the “Polar Den,” Polarman’s own superhero hideout, where he will provide a basic introduction and instruct users to select one of three versions of his story, which are accessed through the computer screens on the virtual console. Contributing artists are: Dan Day, Leisha Marie Riddel and Andrew Qappik. Within each piece, users can make the comic panels move by gazing at them.

To exit the Polar Den, users should look at the central-menu-style woodcut shown on the screen at the left of the console.

The piece was directed by Polarman and Pinnguaq’s Ryan Oliver. 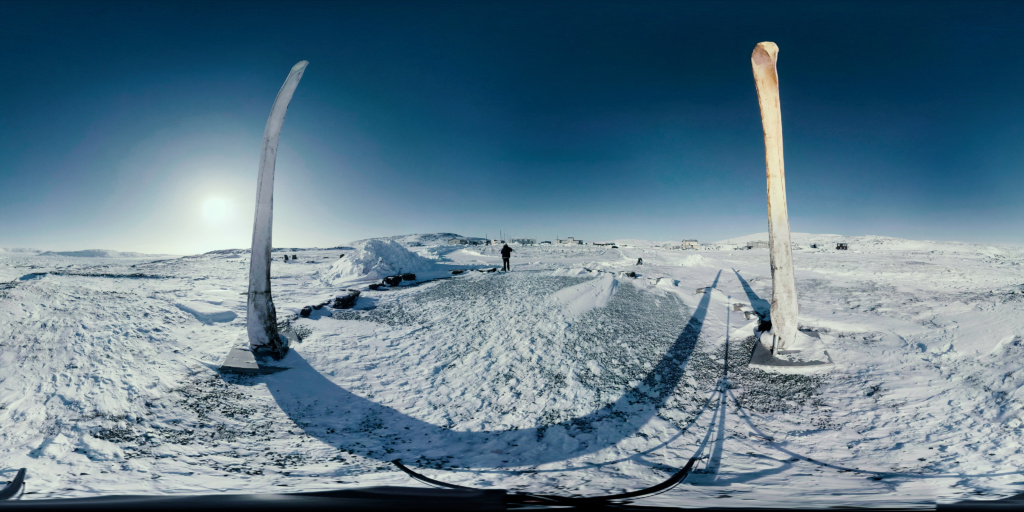