In our contemporary culture we look for science and a practical truth but for Indigenous peoples oral transmission was a way of keeping record or stories, history and knowledge.

The Indigenous perspective of the Sasquatch then and now has not changed all that much.  A rich oral tradition that runs in tandem with pictorial history and artwork tells a story spanning from the beginning of time.   It’s a story about a mystical being that we don’t quite understand but also a story of courtesy and relation.  These stories reveal a deep respect and the sacred power in a creature that is not to be meddled with; spiritually or physically.

To Indigenous people, legends of this ape-like or “wild man” creature has existed since time immemorial.  The Musqueam First Nation calls the creature “Sesq’ets”, the Stolo Tribe calls it “Sacsquec”, and to the Haida, “Gaagiixid”. To the Nuxalk it’s Boq’s…the list goes on.

The legends of Sasquatch have been part of the Sta’ailes band for centuries.  The word Sasquatch derives from the Sta’ailes word “Sa:sq’ets” menaing ‘wild man’ and tells the story of a caretaker who watches over the lands of the Sta’ailes, spanning over the Harrison and Chehalis Lakes region of British Columbia..  The Sta’ailes have adopted an image of Sasquatch as their logo, and furthermore, their national flag. Sa:sq’ets is not a monster but not to meddled with.  It is believed that if you see a Sa:sq’ets it means that you were in the right place at the right time. It is a good omen.

To the Haida, ‘Gaagiixid’ is part of a long and rich history of the ‘wild man’.  It is believed that sometimes a human gets lost, and when he reaches the brink of death, sometimes he transforms into a supernatural being, a wild man, a Gaagiixid.  Gaagiixid was always something to be respected and were in essence, a relative of the Haida people.  The songs, dances and song are still strong forces keeping Gaagiixid a stronghold in Haida culture.

Biography: Kristi Lane Sinclair has been involved in the television industry for over ten years.  She is a Haida Nation / Cree television producer and director.  Her work can be seen on CityTV, JoyTV and APTN.  Indigenous teachings, traditions and culture have been kept alive for thousands of year through oral transmission.  It was my great honor to hear the accounts from James Leon of the Sta’ailes band and Jim Hart of Haida Gwaii in the summer of 2016 to further my research for an upcoming Sasquatch television documentary. 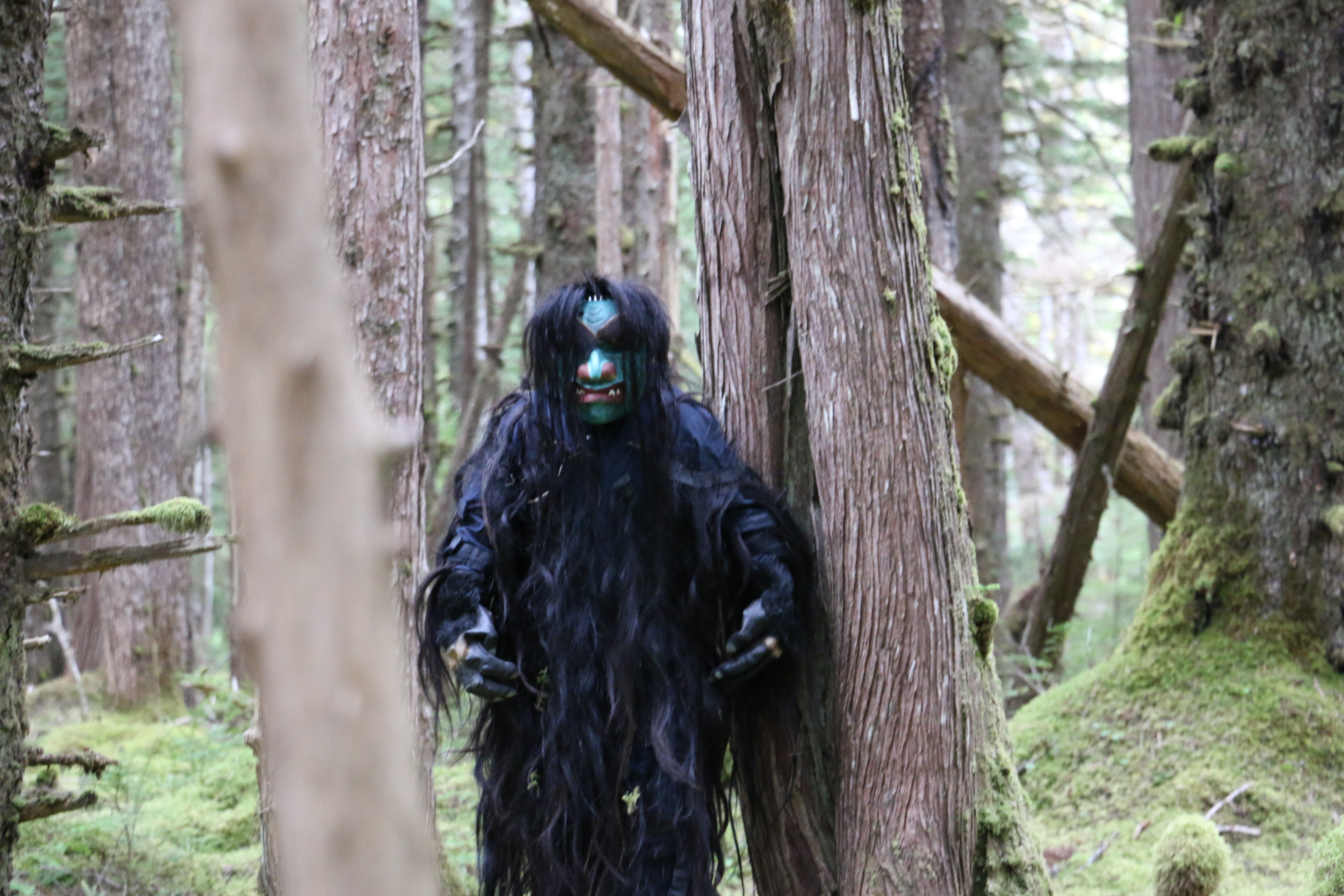